The Supreme Court tends to get most of the attention when judiciary vacancies occur for good reason as the highest court in the land. However, one must not neglect the vacancies that arise at the federal circuit level. Many of the hot-button cases that are heard and decided at the circuit level have a good chance to be heard at the Supreme Court. Some examples in the modern day include the Obamacare Litigation, Same-Sex Marriage, Second Amendment, Affirmative Action and the Travel Ban litigation.

The judges at the circuit court level help set the course for the Supreme Court to review the matter. For example, Judge, now Justice Gorsuch heard the Hobby Lobby case while still a circuit judge on the 10th Circuit Court of Appeals. He provided a persuasive 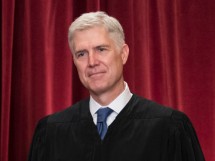 concurrence on the importance of recognizing the right of individuals in regards to religious freedom.[1]    During his hearings, this view drew the attention from both sides of the aisle.

Furthermore, in addition to considering the content of the law produced at the circuit level, these courts are also typically viewed as “feeder courts”  for future Supreme Court appointees. Eight of the Nine current Supreme Court justices have sat at some point in their career at the circuit level. The President had the opportunity to make several appointments in recent months and according to Mitch McConnell , the senate will proceed with the nomination votes this week for some of them.

It is a considerable list of names, but one I would like to highlight as perhaps being among consideration for the Supreme Court one day is Notre Dame Law Professor Amy Barrett.  She was appointed to fill a vacancy on the Seventh Circuit.

Amy Barrett has become well-known because she came under intense scrutiny and unfair questioning by several politicians at her hearings.  It was premised on her Catholic faith and how that would impact her decision-making on the bench.  She had an accomplished career that included clerking for the late great Justice Scalia and practicing at several high-profile firms before becoming a law professor at Notre Dame. Her views on a more flexible approach to Stare Decisis doctrine would be a welcome addition to the Supreme Court one day.[2]  I encourage you to review her writings and continue to become familiar with her philosophy and dedication to originalism. It is not outside the realm of possibility that one day she may be considered to replace a retiring Ruth Bader Ginsburg.  At the federal circuit level, she will be given a great opportunity to showcase her abilities. It is a career worth following and could lead to a position at the highest court one day in the steps of her former boss, Justice Scalia.

Overall, this should be an exciting week for Constitutionalists as the high-profile nomination votes begin to occur. The process of returning the nation to Constitutionalist principles starts on the federal bench. No matter the administration or philosophy in power, the federal circuit courts provide a check to the other branches of government. Many of the important cases decided there and the judges who hear cases at that level may one day find themselves on the Supreme Court.

[1] And as we have seen, it is not for secular courts to rewrite the religious complaint of a faithful adherent, or to decide whether a religious teaching about complicity imposes “too much” moral disapproval on those only “indirectly” assisting wrongful conduct. Whether an act of complicity is or isn’t “too attenuated” from the underlying wrong is sometimes itself a matter of faith we must respect”
Hobby Lobby Stores, Inc. v Sebelius, 723 F3d 1114, 1153–54 [10th Cir 2013], affd sub nom. Burwell v Hobby Lobby Stores, Inc., 134 S Ct 2751, 189 L Ed 2d 675 [2014].

Periodically, I will highlight some major legal figures and their contributions to Constitutional law.  Many discussed will stand out because they stood firm on their Constitutionalist beliefs despite the pressure from societal forces to discredit them and restrict their voice. The series will be titled Constitutionalists on Trial.

The first installment will present one of the modern fathers of Constitutionalism, Robert Bork. A more detailed analysis of his legal theory that I composed was published by the St. John’s Law Review Online Commentary and can be found here.[1] I credit Robert Bork and his book, “The Tempting of America”[2]  as being a central influence on me when I crafted my perspective on Constitutional law. His analysis on Constitutional law and breaking down the problematic position the Supreme Court has placed the nation in over the last few decades has inspired me to present this information to others, in an effort to educate and inform. 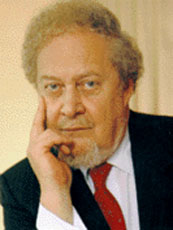 Judge Robert Bork was appointed to the Supreme Court in 1987 by President Ronald Reagan. He previously served on the Federal Court of Appeals for the D.C. Circuit and had never been reversed by the Supreme Court. The D.C. Circuit is considered among the most powerful and influential and several Supreme Court Justices served time there before being nominated to the Supreme Court.  Throughout his career leading up to the appointment by President Reagan, Bork presented himself as a harsh critic of some of the major societal altering decisions such as Griswold v. Connecticut[3] and Roe v. Wade[4].  His critique of these decisions stemmed from the belief that the Supreme Court far exceeded its boundaries of power by declaring that certain fundamental rights existed with no firm Constitutional root. In the process, the voice of democracy and state legislative decisions were replaced with judicial activism. This problem continues to this day.

Sadly, Bork was the victim of a relentless distortion machine led by the late Senator Ted Kennedy and former Vice-President and then Senator Joe Biden. In addition, millions were spent and funneled through the media to defame Bork’s name and miscategorize his legal philosophy to turn the public tide and ultimately the senate against his appointment.  A common attack line was claiming that Bork waged a war against women because he sought the overturn of Roe. This distortion resonated with many of the societal forces that would reject his nomination. The senate leadership that promoted this myth did a great disservice to this country, as Judge Bork would have served valiantly on the Supreme Court and had sought to return a sense of Constitutionalism to the nation’s highest court.

However, I will conclude with this takeaway that many should consider when reflecting on the legacy of Judge Bork.  As the distortion machine began to increase in strength and continue to spread lies, Judge Bork did not back down, rather he persevered. Despite the hostile questioning that arguably was done for flashy media attention during the hearings, he tied his responses back towards the Constitution to put pressure on the senators and challenge them. He also did not go away quietly. Rather than withdraw his nomination and buckle under the public pressure, he was determined to see the final vote. The senate ultimately voted against him 58-42 and rejected his nomination. However, his legacy remains through his philosophy and willingness to persevere even if the outcome is not optimal.  Judge Bork, your ideas will continue to live through the modern Constitutionalists and it is our mission to make sure the movement you started will one day deliver practical results at the highest levels of law.

[2] Robert Bork, The Tempting of America: The Political Seduction of the Law, New York. Touchstone. (1991).

[3 381 U.S. 479 (1965). Griswold established a fundamental right to privacy. It overturned a Connecticut State Statue that banned the use of contraception.

[4] 410 U.S. 113 (1973).  Roe established a fundamental right to abortion and invalidated the laws of many states that banned the practice of abortion.

This is precisely what Alexander Hamilton warned about in Federalist 78 when considering the role of the Supreme Court, “It may truly be said to have neither FORCE nor WILL, but merely judgment.” If looking closely at Hamilton or Publius’ words as he was known by pen name, we can contemplate that the tendency to exert “force” or “will” often occurs when we move away from the Constitution and create our own interpretations on what the law should be rather than what the law is. By working within the Constitution and its boundaries we find ourselves exercising more judgment rather than will which is what Hamilton and the framers intended.

However, we must not neglect the fact that the Constitution did include an element to adjust with the changing times of society. The framers knew that there would be new ideas and problems the young nation would encounter. They were humble enough to realize that they did not have all the answers, thus the amendment process in Article V was created. This is the embedded tool within the Constitution to allow for changes. By using this process we have seen great progress as a nation such as the bill of rights, ending slavery and giving women the right to vote.  As judicial activism has increased the need for this process has been sadly lost in the modern age. This concept among other concepts is generally not discussed and when it is, it is often mocked and belittled. As a nation, we should work towards a renewal of using this timeless gift that was given to us by our framers, rather than an over-reliance on the pen and prose of a judge.

This blog will seek to enlighten minds across the legal spectrum with our discussion of modern issues and scholars articulating excellent ideas that should be considered in the mainstream. We welcome all philosophies to this blog and hope one gains a deeper understanding and respect for the Constitution.