The New Jersey Federalist Society Lawyers Chapter recently hosted Judge Stephanos Bibas of the U.S. Court of Appeals for the Third Circuit. Judge Bibas has been a federal judge for a little over a year and prior to that he was a distinguished legal scholar at the University of Pennsylvania School of Law. He also clerked on the Supreme Court for the recently retired Justice Anthony Kennedy. His scholarly writings focused on the area of criminal procedure. A native New Yorker, he graduated high school at the age of 15 and went on to attend Columbia University and Oxford University for his undergraduate and graduate studies in addition to Yale for law school.

The focus of Judge Bibas’ presentation was on statutory interpretation and appellate advocacy in the post-Scalia legal environment. He opened with elaborating on some of the more technical concepts in administrative law such as Chevron deference and Skidmore deference and the role of agencies. He briefly touched on the current debate in the courts and scholarly community of how much deference should be provided to agencies when crafting law.

Later, he transitioned to a broader concept on how members of the legal community, no matter the area of law or jurisdiction one practices in can apply modern methods of statutory interpretation to their cases to be effective appellate advocates. 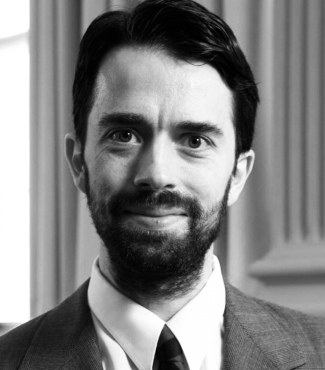 Judge Bibas encouraged attorneys to take the time to focus on the finer clauses of statutes and interpret their meaning by using a vast array of sources rather than simply the older method of an over-reliance on legislative history. Legislative history can have its weak points by the very nature of how bills and statutes are passed in legislative bodies. There is a lot of negotiation and tactics used in developing the law that do not make it into its final enactment. By starting our interpretation with the given text, it can limit the opportunities for confusion and misinterpretation. Although we should note that the original authors had an intent, we are not bound by their thoughts, rather we must look to the text.

As a means to support our textual interpretation when advocating before the court, Judge Bibas encouraged the use of dictionaries, scholarly material, prior case law, news clippings and other media from the time frame and historical documents that may provide meaning to how a certain textual provision should be interpreted. This sets what he calls a “battleground” for the judge and clerks to review in helping to formulate the court’s opinion. It will often be a helpful asset if a judge does not have a prior familiarity with the area of law or issues litigated before them. If an appellate advocate is able to set the playing field, there is a better chance the court will be receptive to his arguments. Judge Bibas also noted the importance of citing weaknesses and potential counter-points to main arguments and how this often gains the advocate credibility before the court.

Overall, I thoroughly enjoyed Judge Bibas’ presentation. As a young lawyer, it is helpful to be provided with the perspective offered by a federal judge to tailor and refine my advocacy skills as I work towards my career goals. In addition, statutory interpretation is an integral component to the practice of law and attorneys would do well by heeding his words and putting in the extra effort to focus more closely on the textual provisions and reputable sources in support of them when appearing before courts of any level.